Shem Michaels sprinted across wet grass, dodging left, then right, zigzagging around students heading for Green Bluff Creative Academy. His red tennies pounded up the marble steps. He reached for the door handle, the brass knob almost in his hands, and smack! The glass door crashed into his face. He grabbed his nose, tasting the metallic flavor of blood.

“Shem, sorry, I didn’t see you,” Dan Banks, a kid from science class, apologized as he rushed through the doorway. He leaned in close, his green eyes huge. “You okay?”

“Yeah, sure.” Man, that hurt. Shem scrubbed the back of his hand across his face, and then did the only thing he could do. Run! Run like his life depended on it. As if nothing else in the world mattered. Because, at that moment, it didn’t.

Darting around a group of guys wearing GBCA soccer shirts, he almost tripped into Miss Carter, the math teacher.

“Shem.” She smiled tightly, eying the coffee sloshing close to the edge of her mug. “Slow down.”

“Sorry.” With an apologetic grimace, he circled a group of giggling girls, then shot around the corner, his new tennies skidding on the shiny floor like a bike on hot pavement.

“No running in the halls,” Mrs. Thomas reprimanded him from a classroom doorway.

He stopped abruptly, smiled at the English teacher—who peered at him with an icy frown—and whistled “Tradition” from Fiddler on the Roof like he had all day.

“Are you all right?” She pointed toward his face. “You’re bleeding.”

He scrubbed his hand over his mouth. “I’m fine,” he assured her, then kept walking. As soon as he was out of the teacher’s radar, he ran like his pants were on fire.

One more hallway to go.

Then his shoes slid to a stop. He yanked his cell phone out of his pocket. 8:16. I’m late!

He rushed to the next corner, where a short hallway with a bank of windows came to a dead end at the theater doors. He peered around the edge like a spy. With one eye zeroed in on the group of kids gathered in front of the red doors, he searched for TJ Fortine, his onstage nemesis.

Smack-dab in the middle of the group, TJ pointed at the door and laughed. The kids split apart like the Red Sea parting for Moses, and Shem saw what he’d waited six long months to see.

Ever since last spring when Lumberjacks and Weddingbelles closed, he’d waited for this moment. His heart thumped like a drum in a rock band. Did I get the part? Did I get the part? Last night, he’d dreamed he was Prince Tanner, the lead in Island of Shalamar, GBCA’s fall production.

What if I don’t get a part at all?

The thought knocked the wind out of his lungs. He jerked back around the corner where no one could see him sucking in air like a drowning victim.

He whirled around. Debz Elijah, one of his co-actors, smiled at him, her braces sparkling.

Gulp. “Oh, hi.” He nodded at her, acting as if fear didn’t pummel through his brain a hundred miles per hour.

“Aw, thanks.” She twisted a long strand of chocolate-colored hair and stared curiously at his face. “Are you bleeding?”

“Maybe.” He brushed his arm over his mouth. “I ran into a door.”

It was funny. Except, hopefully, his nose wouldn’t swell to monster proportions.

“I’m just”—for lack of a better excuse, he pointed at the water fountain six feet away—“thirsty.”

“Okay. See you in a minute.” Shooting a quizzical look over her shoulder, she dashed toward the theater.

Shem guzzled a long drink of water and splashed his face, stalling.

Two days ago, his audition had gone almost flawlessly. One of his best. But one bad taste lingered like onions to torment him: TJ Fortine’s perfect audition. Shem should have left and used the bathroom at the precise moment TJ took the stage. Instead, as if he were watching a scary movie he didn’t want to see, he scrunched down in his seat and stared at TJ for two straight minutes of monologue and song. Barely breathing, he listened as his arch rival performed faultlessly, like Justin Bieber, before the auditioning panel.

TJ was good. Shem knew it. Everyone knew it.

That’s why he had to find out who’d gotten the part of Prince Tanner. Please, please, let it be me.

“Sure.” He coughed. “That’s why I got here early.” Although not early enough. He’d hoped to see the announcement before TJ arrived. Too bad Mom had driven so slowly.

TJ waved him over as if they were best friends. Which they weren’t.

Congratulations? If Philly thought well-wishes were in order, that meant one thing—TJ had gotten the part.

TJ moved away from the red door long enough for Shem to read the sign for himself. In bright orange, the title proclaimed, “Cast List for Island of Shalamar.” He forced himself to keep reading. “TJ Fortine as Prince Tanner.” He clenched his jaw, but he wouldn’t reveal his disappointment to TJ or anyone else. “Amy Dean as Princess Julia.” Good for her. Amy, a bubbly eighth grader, would make a terrific princess. She’d played the part of Ma Scrubbs, Shem’s character’s mom, in last year’s play. Her backwoods-woman rendition had been wild and crazy. He bet she could play a princess just as well.

Now, for the moment of truth. A fistful of cotton balls could have slid down his throat easier than his next gulp. He glanced below Amy’s name. “Shem Michaels as King Kristof.”

“You’re gonna be the King!” Philly laughed and smacked Shem on the back, almost sending his sore nose flying into the door. Philly’s bubbly enthusiasm couldn’t be ignored. Why was the guy so happy? Didn’t he recognize Shem’s envious green color? “I’m gonna be your adviser, Kenton.” Philly bowed. “Me, a lowly servant.” Another chuckle burst out of him.

Shem couldn’t help but laugh too. Not snickering would pretty much be impossible with Philly cutting up like he’d landed the best character in the whole show. Shem pictured himself as the royal patriarch. King Kristof had been his second choice in auditions.

Cammie, his one-year-younger-than-him sister, bumped into him, jarring his thoughts. “Did you see? Did you see?” She grabbed his arm. “I get to be the Jester! Woohoo! Isn’t that fabulous?”

“I’m so excited.” Her voice squealed. She jumped up and down, her hands flailing in the air. “I’m going to be the Jester and do somersaults and handstands.” She shoved her red-rimmed glasses up the bridge of her nose. “And you’ll be the best king ever! You’ll wear snazzy duds and everything. It’ll be fabulous.” Her eyes lit up like sparklers on the Fourth of July. Then she ran down the hall, shouting the news to her friends.

He shook his head at his sister’s antics, then scanned the rest of the list of characters. Debz Elijah would play Queen Dalynn, opposite King Kristof. Cool! He and Debz had acted together in The Adventures of Lewis and Clark, Annie, and Lumberjacks and Weddingbelles. Plus, they’d been friends since kindergarten. She’d looked as scared as he felt that first day in Mrs. Ripple’s class. But play dough, and dressing up like Elvis and Queen Elizabeth, had broken the ice between them forever.

The bell rang. TJ, Philly, and the others raced down the hall like they couldn’t wait to get to class. But Shem didn’t move. His shoes seemed stuck to the floor like a wad of gum bonded them together. He needed another minute to mull this thing over.

He didn’t get the part he wanted. But playing the king of an island country would be cool.

“Introducing . . .” he said in a deep voice, knowing no one would hear him, “Shem Michaels as King Kristof in GBCA’s production, Island of Shalamar.”

He smacked his head with his palm, being careful not to bump his nose. What was he thinking? Nothing was wrong with playing the king. Besides, he could probably portray King Kristof better than TJ would play Prince Tanner. Take that, Fortine.

A laugh burbled out of him.

Mom might be right. She said he always wound up loving his character, even if he didn’t like it in the first place. The Cast List declared him third position, a fine spot for a seventh-grade thespian.

When the second bell rang, Shem sprinted for math class. He skidded past homeroom just as Miss Carter called his name. “There you are, Shem. Or should I say—King Kristof?”

Philly cackled from somewhere in the back of the room.

All the way to his chair, Shem glanced at classmates and thought, I’m going to be king. Bow before royalty. Playing Kristof was going to be a blast! Which made him wonder, what kind of crazy adventures lay ahead in a medieval land called Shalamar?

Check out these pages too: 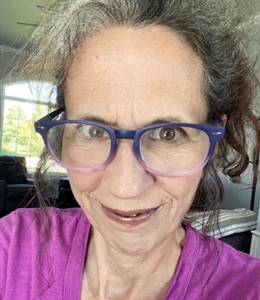 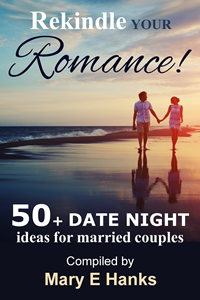